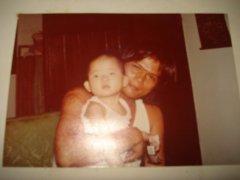 I remember when I was young, you sat me on your lap, and you said that someday I will meet somebody I will fall in love with. It doesn’t matter whether or not he is rich or handsome or has a degree… as long as he is a good man and he will love and respect me; make me happy and won’t hurt me.

Daddy, I married that man. I love him and he loves me dearly. We respect each other despite our differences. We laugh and cry together, but most of our days are filled with laughter. He makes me happy and takes good care of me. I care about him a lot, so I try to be the good wife Mommy was to you.

Sometimes I tell him, he reminds me of you… when he rubs my tummy every time it hurts… when he tucks me in and sings to me when I can’t sleep… when he tells me a cheesy joke… when he lectures me about something without raising his voice or sounding authoritarian. 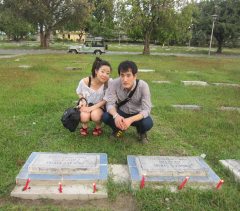 Thank you for that day you sat me on your lap and told me one of the most important lessons on “finding true love”. Though you couldn’t be there to walk me down the aisle on my wedding day, at least I know that the man I married is the kind of man you want me to spend the rest of my life with… so don’t you worry about your baby girl. I’m happy, Daddy. You will always see me smile. =)

I love you and I often remember you and everything you have taught me.

Much love from your daughter who misses you, 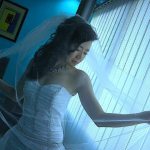 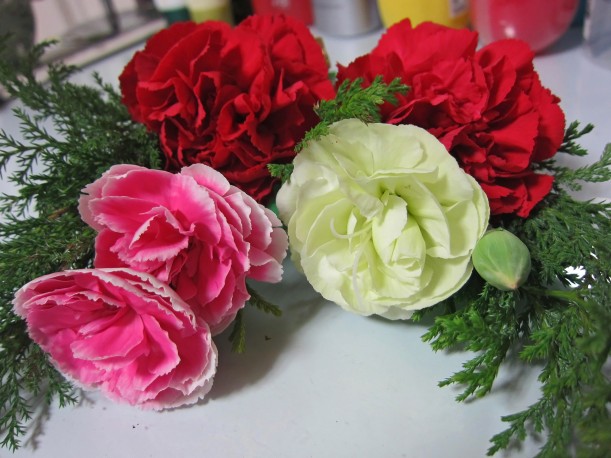 This morning, I woke up at 6:30 to prepare breakfast for my 시부모님 (parents-in-law). It’s Parents’ Day in Korea, so I wanted to do something special for them besides pinning carnation boutonnieres on their shirts.

I used to wake up very early in the morning to fix breakfast for my in-laws, but I haven’t done this in a long time since I started working. Hubby and I would still be in bed until the in-laws leave for work. Somebody told me that this is more like a “mortal sin” in Korea. Preparing the parents-in-law’s meals is one of the (many) duties of a 며느리 (daughter-in-law), if they live together, and if the daughter-in-law doesn’t  fulfill this duty, the parents-in-law will be displeased.

Maybe at some point, my parents-in-law were wondering why I suddenly stopped preparing breakfast for them… maybe they don’t like it… maybe they even think I’m lazy and irresponsible. Maybe they don’t complain, because I fulfill my other duties anyway…  maybe my not waking up in the morning is okay with them, maybe they understand that I get tired from work, too, and I need more sleep… maybe they know that in Filipino culture, it’s not a woman’s obligation “to serve” the in-laws all the time… maybe they don’t think it’s all right, but they don’t want to impose it on me, or they are just too kind and they’re not the type of 시부모님 who would pound on my door early in the morning, tell me to get up and require me to fulfill my first 며느리 duty for the day.

I remember the first year I lived with my in-laws. I was so afraid to make mistakes. I followed almost everything they told me. It wasn’t so bad, except for the fact that I couldn’t be “me” in front of them. Until now, I can’t wear shorts in the house even when it’s so damn hot in summer. When I came to Korea, I brought all of my “not-so-short” shorts, but my 시어머님 (mother-in-law) would not let me wear them, so she bought me a few pairs of “training pants” (sweatpants) to wear at home. I’m stuck with those training pants to this day.

When the family goes out for dinner, I can’t wear a skirt or anything short or tight. Sometimes when I feel like “dressing up” for a date with hubby, I have to wear tights under my skirt or dress when we leave the house; then I’d just take off the tights when we are in the car, and put them back on before we go home. My mother-in-law always tells me to cover my legs. The way she puts it, I’m not an 아가씨 (young lady) anymore, so I should start dressing like an 아줌마 (married woman).

My mother-in-law is a sweet and kind woman. She doesn’t yell at me like other “mean” MIL’s. I appreciate her for all the reminders, but I’d be a hypocrite to say that it’s okay to have a “strict dress code” even in our own house. Though I’m not “free” to do everything I want to do, because hubby and I live with my parents-in-law, I’m fortunate to have more freedom than some 며느리 who are not allowed to go out, meet friends or even have a job other than being a 주부 (housewife). 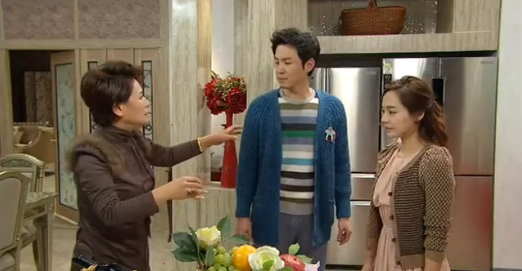 My 시어머님 told me that when she lived with her mother-in-law, she didn’t have much of the freedom that I have now. Her mother-in-law was very strict, and she had to follow all of her instructions. My Korean teacher and my former wonjangnim shared with me the same experience. One of my Korean friends who is also a 며느리 used to have a promising career as a nutritionist, but after giving birth to her first child, her parents-in-law “required” her to quit her job and be a full-time Mom.

My mother-in-law suggested I stop working, too, but it was because I got sick and had to go to the hospital many times. I told her I’d like to keep my job; she respected my decision.

Sometimes, my mother-in-law gets lonely and bored, and she likes to have a conversation. Though my Korean isn’t so good, we can talk for a long time. Believe it or not, I love the simple conversations my 시어머님 and I have from time to time. After all, I also get lonely and bored when my husband is not around. I’m glad that instead of listening to my 시어머님 nag on and on about my mistakes, I listen to her stories, her sentiments, her opinions as a woman like me and not as the “evil” mother-in-law you can’t exchange opinions with. 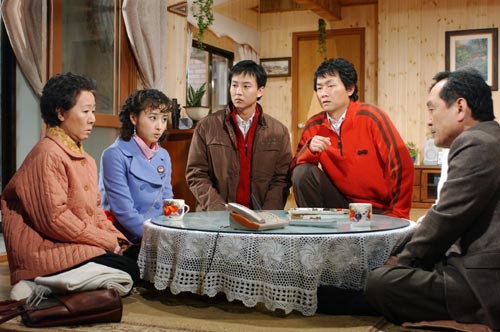 My father-in-law, on the other hand, is a quiet man (just like my husband), but once he starts talking, you really have to listen and obey. He used to lecture me about not eating vegetables and being too afraid to try spicy food. He made me eat kimchi, fresh garlic, onions and other food I never thought I’d ever try… even turtle and sashimi that smells like a public toilet which hasn’t been cleaned for weeks! He disapproves spending money on shoes and clothes. He always says that having at least one pair of shoes is enough, but I have a lot I brought with me when I came to Korea. He tells me to save, save, save for our future instead of wasting money on shopping, but I don’t even go shopping that much.

There were moments when I thought that my 시아버님 (father-in-law) was making my life in Korea difficult, but after some time, I realized he was right, well, not about everything, about “some” things. He told me that I won’t be able  to survive life in Korea without eating vegetables, since most 반찬 (side dishes) are veggies. Perhaps he thought that I was just making an excuse when I told him that I can’t eat spicy food because of my laryngitis. (I wasn’t making it up.) To avoid conflict with my father-in-law, I learned to eat vegetables and spicy food. I started with a little serving until I could eat more. Now I can’t eat rice without kimchi, and I crave spicy soup most of the time! My father-in-law is pleased every time he sees me eating Korean food.

When I got sick, he went hiking in the mountain to find ginseng for me. He told me to eat ginseng raw, because it’s going to make me healthy. I complained to my husband about how bitter ginseng tastes. Hubby also refused to eat it. 시아버님 forced me to eat the bitter herb, and I obeyed, not because I was scared to disappoint him, but because I knew despite that authoritarian sound of his voice saying, “먹어!” (“Eat!”), he’s a caring parent-in-law who wants his daughter-in-law to be well that he even spent the entire morning looking for that herb which isn’t easy to find.

My husband and I started saving money in the bank two years ago. 시아버님 was right. We need to save for our future. We are planning to move out after 2 years. I’d be a liar to say that I prefer to live with my parents-in-law. They are very good people, and I’ve learned their ways as years passed by. I care about them as if they were my second parents, and I know they care about me, too, but you see, daughters-in-law in Korea are never free from the standards of their parents-in-law. The weight of following these standards is heavier when you live with the in-laws. I don’t want to live up to anybody’s standards or expectations, because I want to feel good about myself and live a happier life. Also, I want to maintain the good relationship I have with my in-laws, which I worked so hard to keep. I have earned their trust and respect and I don’t want to lose these when I can no longer be an obedient 며느리… but as long as I can, I will try to obey. After all, they have shown me much kindness, thoughtfulness, patience… most of all, love.

안녕하세요! Take a look around and grab the RSS feed to stay updated. See you around! ^^